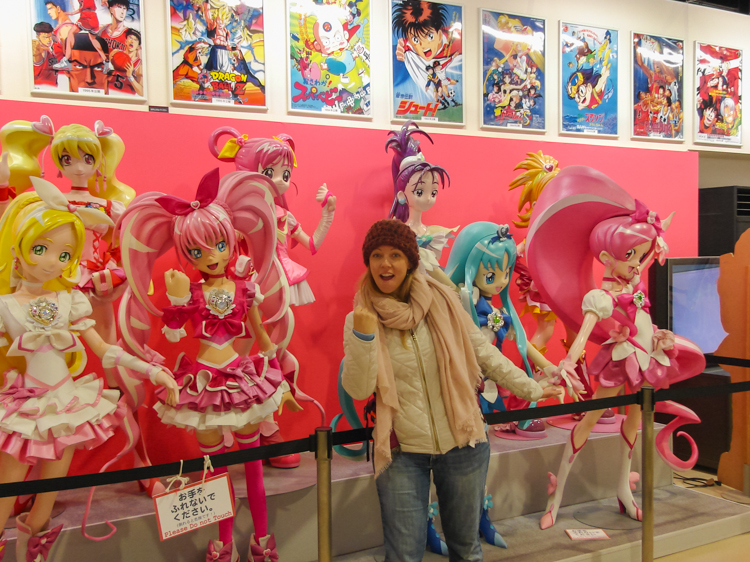 That’s me inside the anime museum at Kyoto Film Studio Park.

One of the most fun things I did in Kyoto was visit the Toei Studio Park, a currently operating film studio and theme park. If you are a kid at heart or if you have any interest in film making, I suggest a visit. If you are silly like me you will be laughing all day long.

What is This Studio Park?

The studio depicts a small town from the Edo Period which is used to film historical movies and television dramas.  We walked the small streets of their town with a guide dressed in full samurai costume. He showed us the tricks they use to manipulate camera angles and get the most out of what they have. There are several sets for actual living spaces, props and all, which are a ton of fun to go inside and take your own photos. 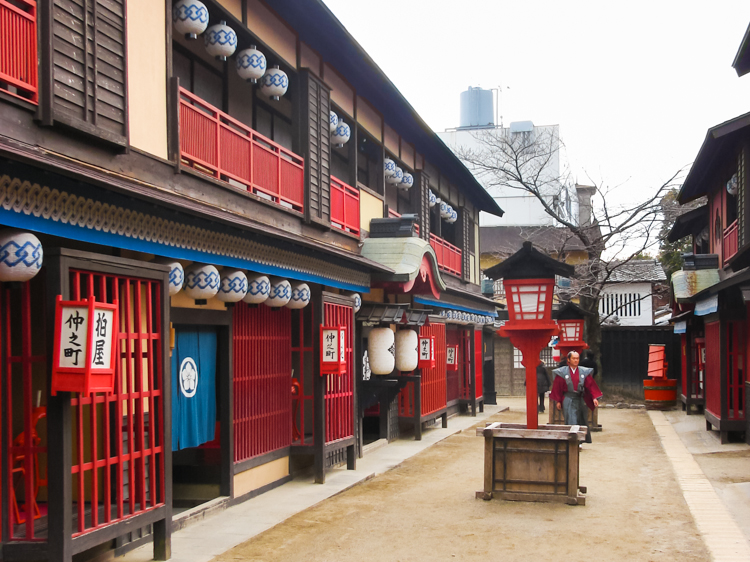 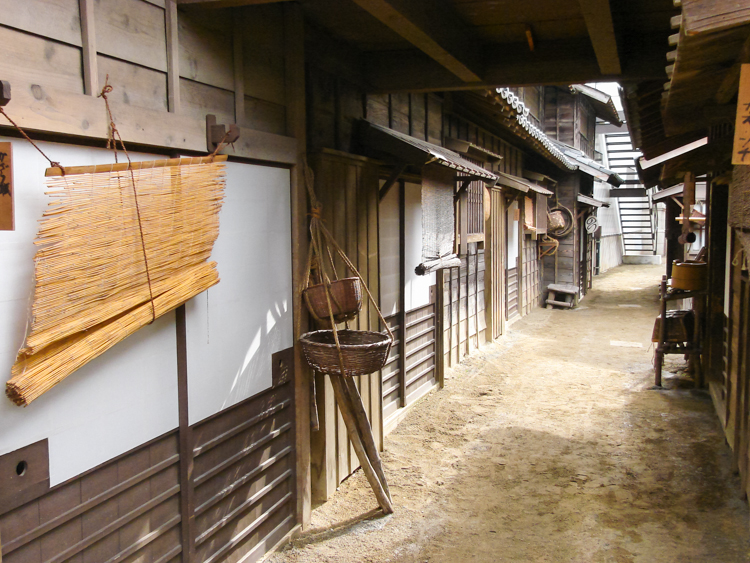 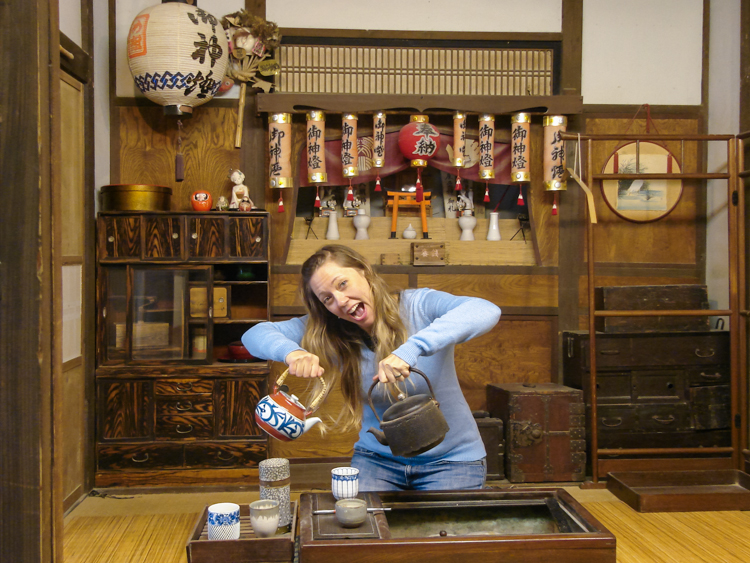 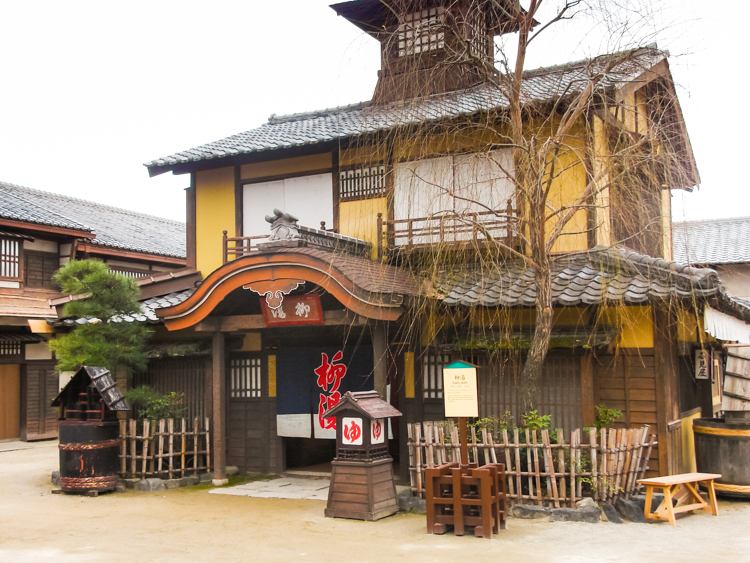 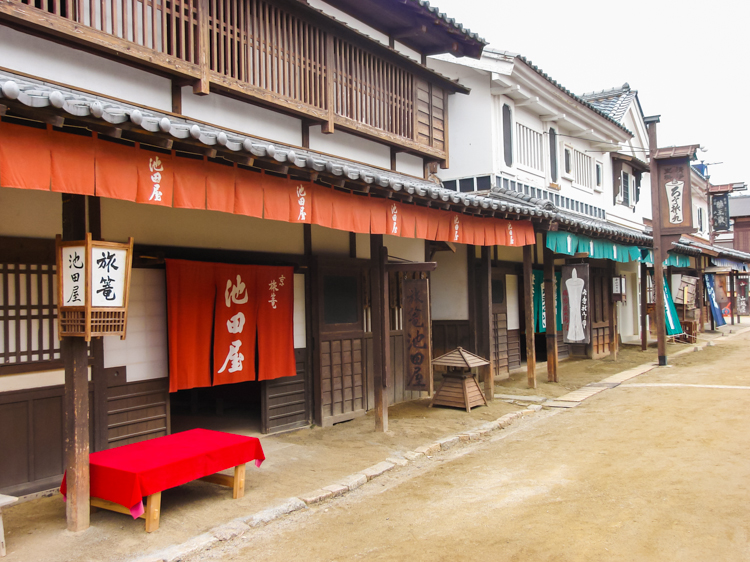 Inside a theater we watched a ninja performance where they flew through the air on ropes. Surprisingly, they also had on-screen effects, smoke and sound effects. Very fun to watch and unexpected. Furthering the ninja theme is an entire building of a ninja maze; some actually call it a ninja training course. Something funny happened when we tried to enter—they were charging an additional entrance fee which unfortunately I did not anticipate. I mentioned that it was my boyfriend’s birthday and he would love this while we dug through our pockets for Japanese coins. Sadly, we didn’t have enough and had to walk away. The girls came running after us a couple minutes later; they had made us a pair of origami ninjas with happy birthday written in Japanese. Pretty sweet of them. 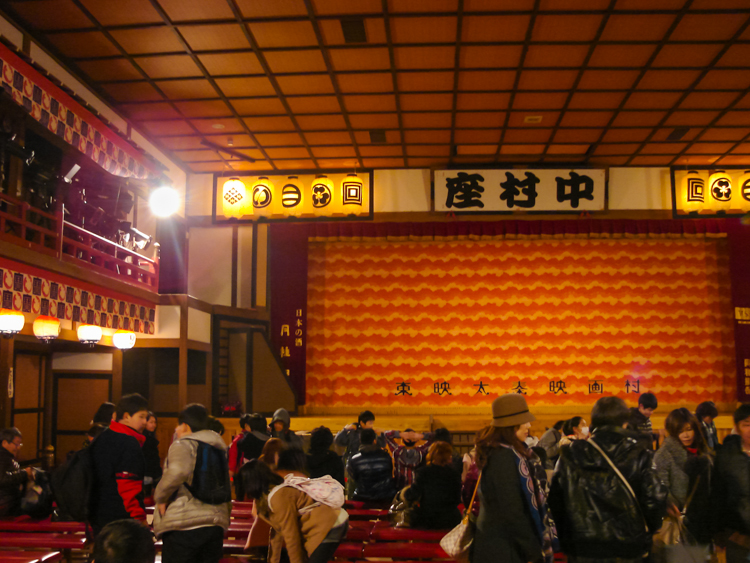 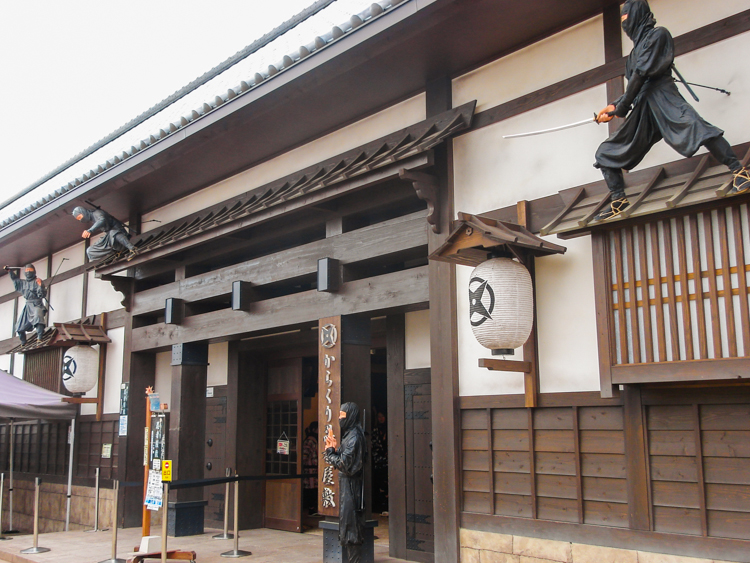 How would you like to dress up in Japanese costume and wander around the studio park? For an additional fee, their costume department will dress you in one of their 30+ costumes including geisha, samurai and ninja, or you can just do a photo shoot in their portrait studio. If you came this far you should just go for it. 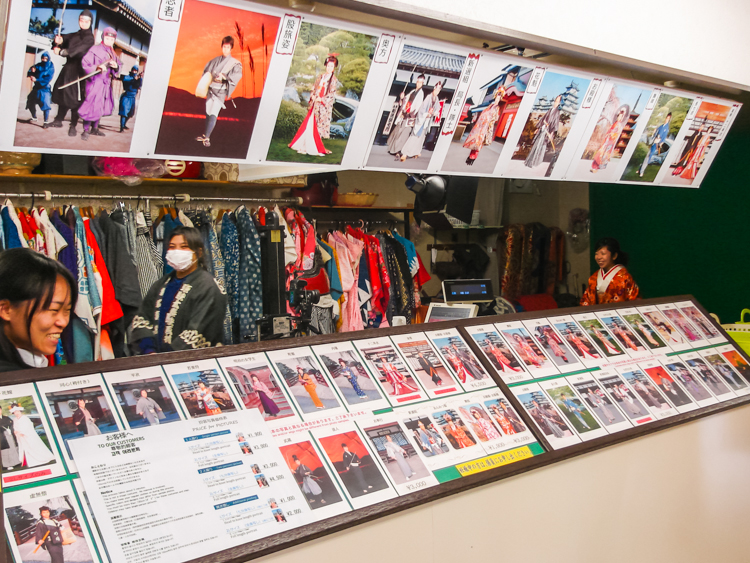 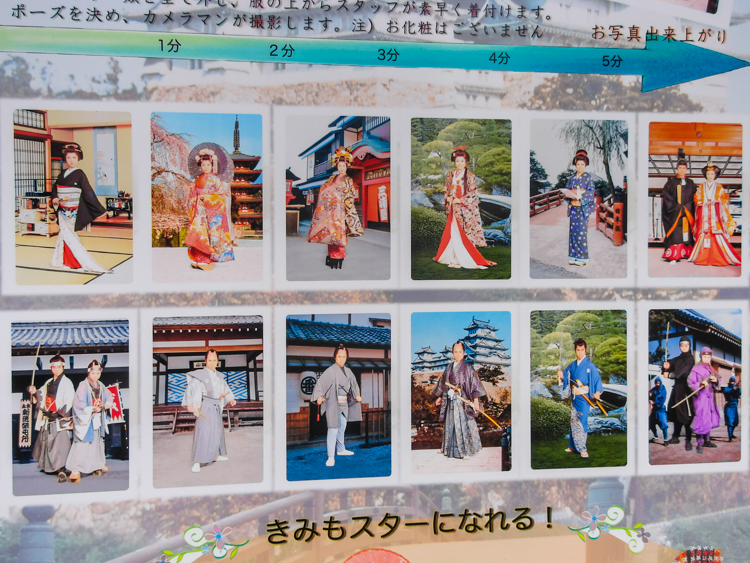 Visitors are invited to take part in an outdoor sword fighting lesson which, to be honest, was more like a comedy show with the three costumed actors. They have excellent timing and a great sense of humor…it was kind of refreshing to not feel a language barrier for a little bit. 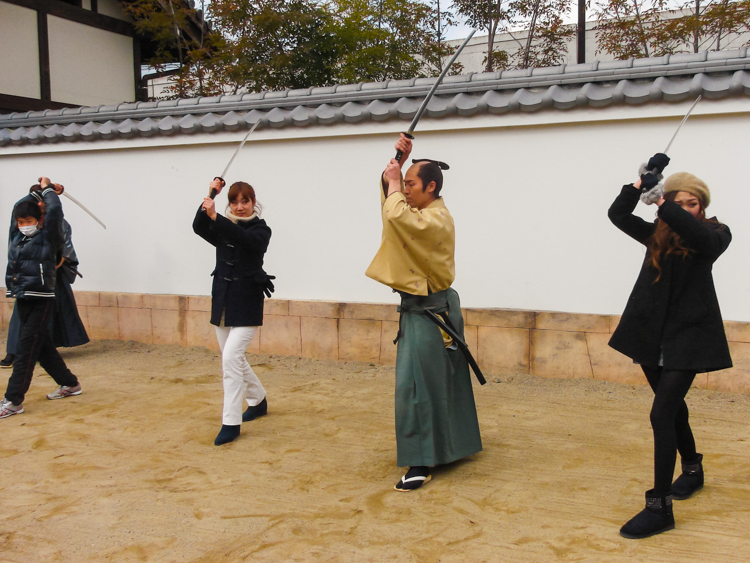 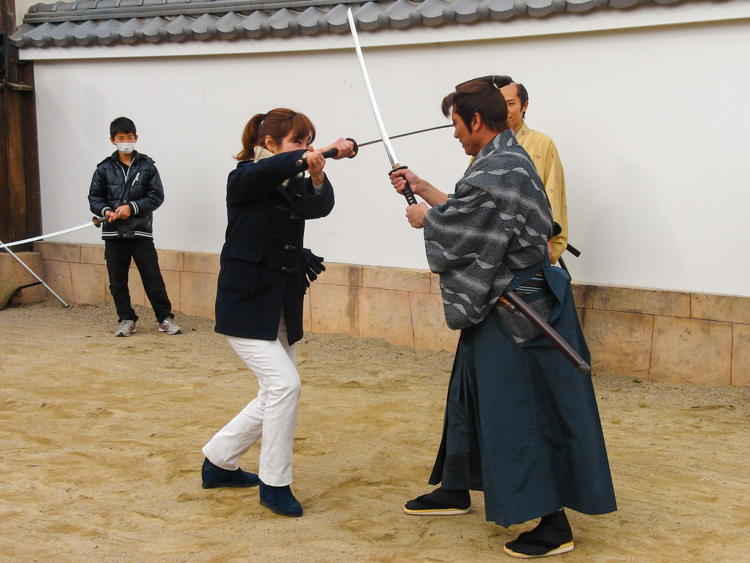 Last but not least, they want to give you a real sense of what it’s like to be on a film set. Behind a glass wall, with a PA patched in, we watched a full scale presentation from a movie director of how the actors, director, lighting, sound, FX and editors all interact on a movie shoot. They walked through several takes of a fight scene on a small town street, each time bringing in an additional element to make it more realistic to get the final shot. 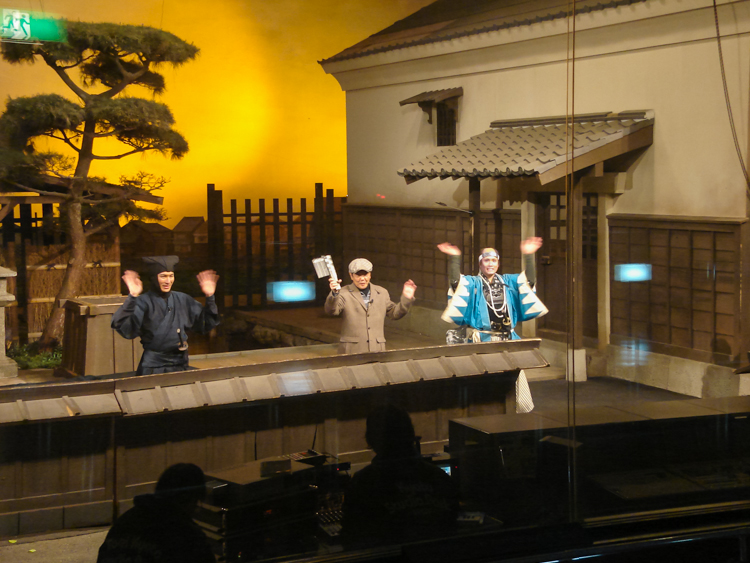 Getting to the Toei Studio Park

The park is just a short train ride from Kyoto Station and then a 5-10 minute walk to the studio. Alternatively, the studio can be reached by bus from Kyoto Station in 30 minutes. Allow yourself a whole day to explore the park. Tickets are ¥2200 for adults and almost half price for students and children. 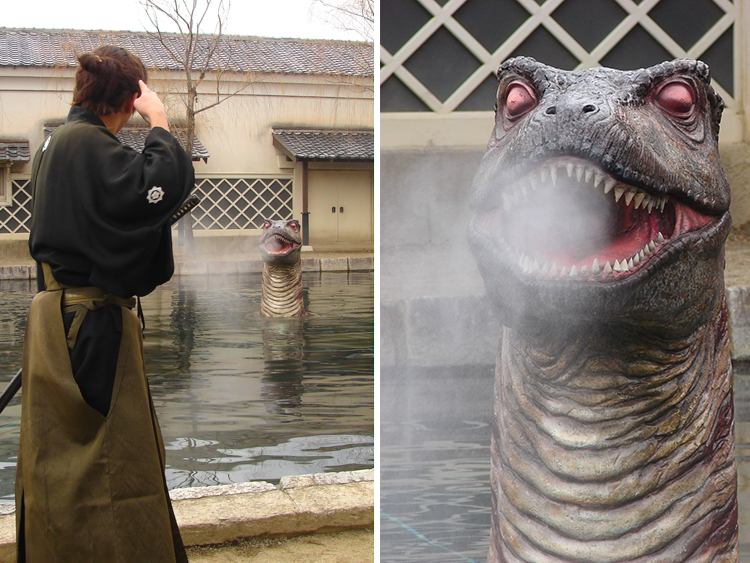 This monster hides under the water until someone walks by. 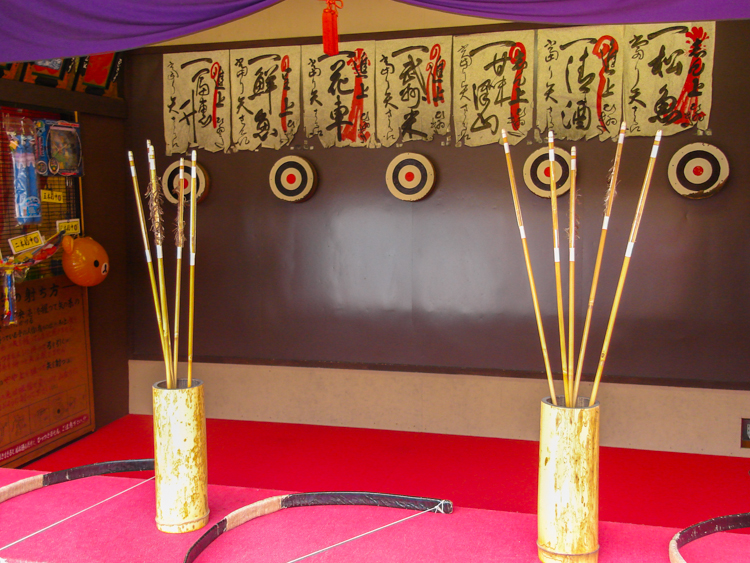 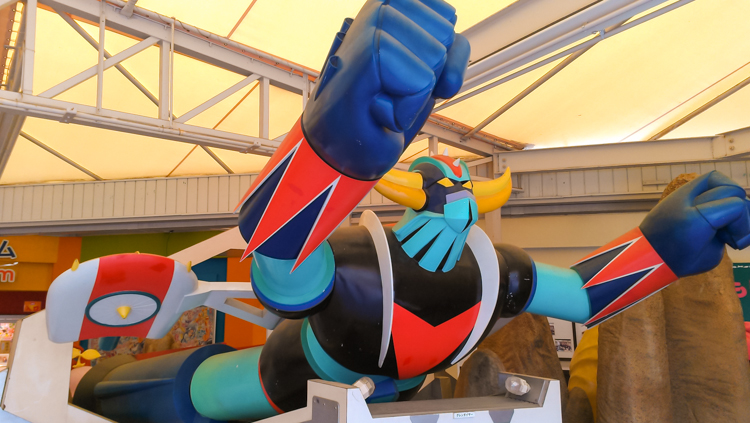 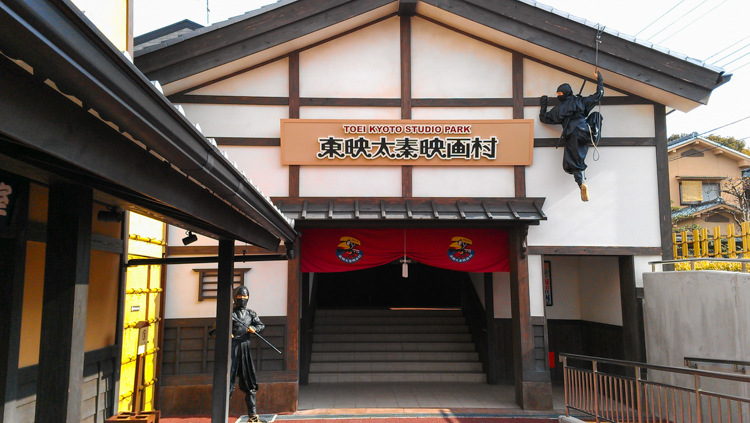 The Best Cultural Classes in Kyoto
Hello travelers! Do you love to wander with your camera? Me too. Subscribe for great travel experiences and places to photograph.