Just 35 minutes to the east from Portland, you don’t want to miss Multnomah Falls. It’s a breathtaking, dramatic waterfall on the Columbia River Gorge. It is the second tallest year-round waterfall in the United States, at a total height of 620 ft (or 189 meters). The source of the water is underground springs from Larch Mountain, augmented by melting snow and rainwater throughout the year. The falls are actually split into an upper and lower falls.  Between them is a walking bridge with public access that gets you right up close and personal.

As if you needed more reasons to visit: it’s totally free, they have easy access parking lots, and they offer snacks, drinks and public restrooms. You might also come across the Multnomah Falls Lodge, which has a warm welcoming Visitor Center, Lounge and Restaurant. It’s an excellent base for heading out on the Multnomah Falls hike or Larch Mountain hike. The view from above the falls is well worth it. 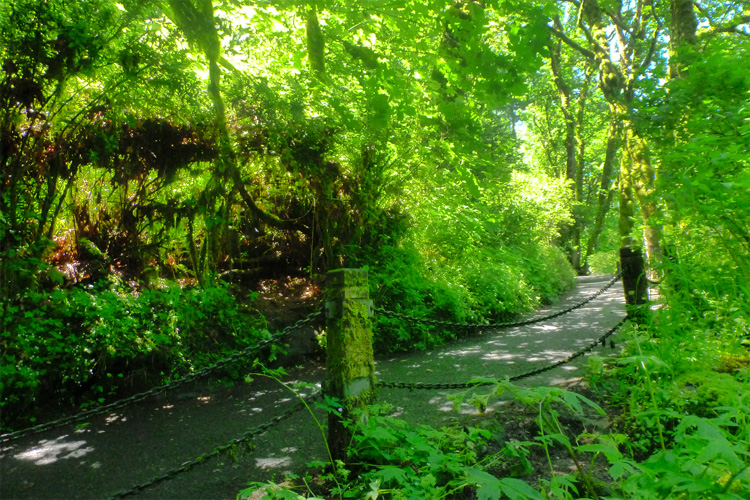 The very lush foot trail to the Multnomah Falls Bridge. 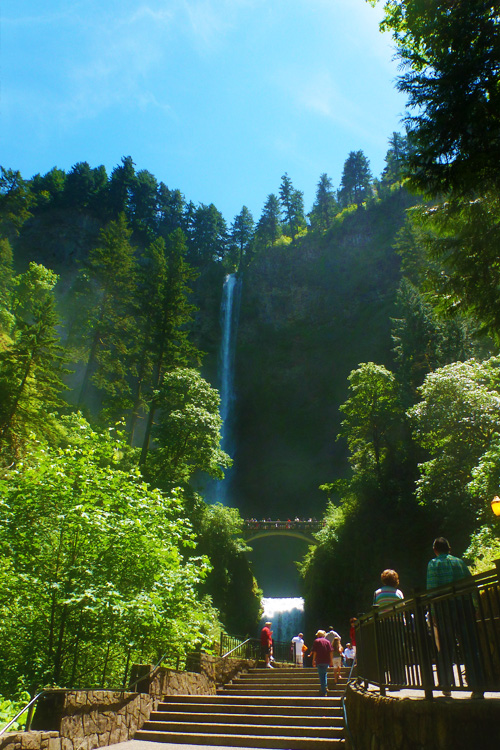 After leaving the falls we continued on the Historic Columbia River Highway, I-84. Nearby is Wahkeena Falls, which is more of a cascading type of waterfall and also very beautiful. Wahkeena Falls also has easy public access with a parking lot right off the highway and a trail to the falls. It has much less visitor traffic than Multnomah.

Onward toward the Bridge of the Gods! Had never heard of it, but the signs on the Highway indicated we were getting closer and closer. Crossing it felt epic. I don’t really have a good reason, sometimes it’s just the little things that make me happy. Seems silly, but it was a great drive. 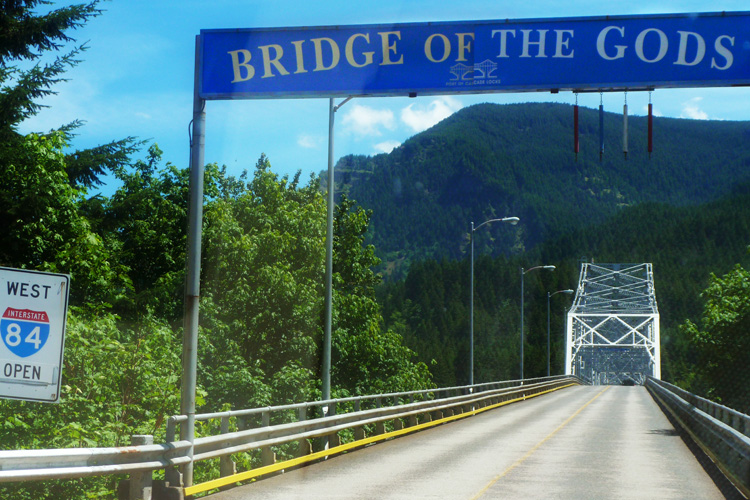 Bridge of the Gods on the Columbia River Gorge Highway.

Where to Stay When Visiting Portland

I found a lovely boutique hotel just 20 minutes outside of Portland, in Camas Washington. It’s called the Camas Hotel and I would definitely recommend it as an alternative to the high priced, busier hotels in Downtown Portland. Make sure to get a discounted rate if you have a AAA membership. Find all the details here.

Next Stop: Coastal Oregon! Come with me!

Want to Meet a Baby Cheetah?

Free Wine and Spirits Tastings in Portland, Oregon
Hello travelers! Do you love to wander with your camera? Me too. Subscribe for great travel experiences and places to photograph.