The countryside of Tuscany needs no introduction, with its hilltop towns and medieval villages each having a special charm different from the last. While some suggest that it is best explored with your own car and a relaxed schedule, I opted to join a one-day tour with CiaoFlorence! in an effort to keep stress to a minimum and learn which area(s) I’d like to spend more time in. Departing from Florence, we ventured south to Monteriggioni, Sienna, San Gimignano and later a wine and olive oil tasting at a scenic vineyard.

Monteriggioni is a walled medieval town built in 1219 located atop a gentle hill of vineyards and olive trees. The town’s surrounding walls and 14 towers remain intact, which is quite rare in fact this is one of the best-preserved medieval towns in Italy. Our visit offered just enough time to enjoy an espresso and almond croissant at a cafe under the morning sun. The visit was too brief to say that we explored everything Monteriggioni had to offer, and later I learned that the surrounding countryside is best viewed by walking along the top of town’s the outer wall (1,870 feet long). Learn more about Monteriggioni here. 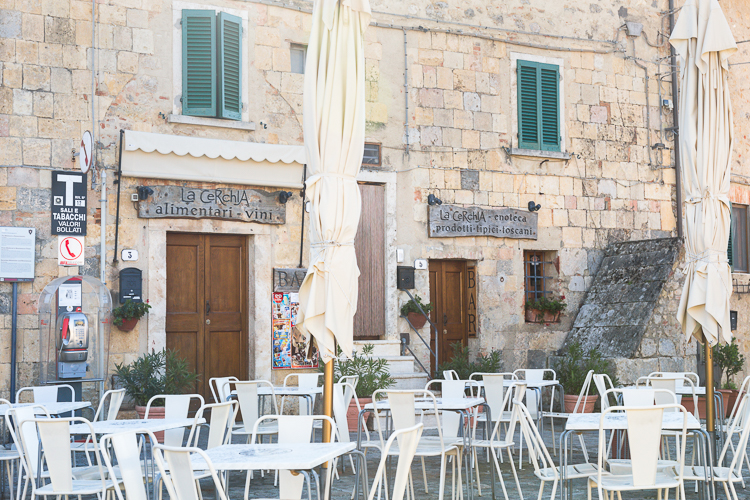 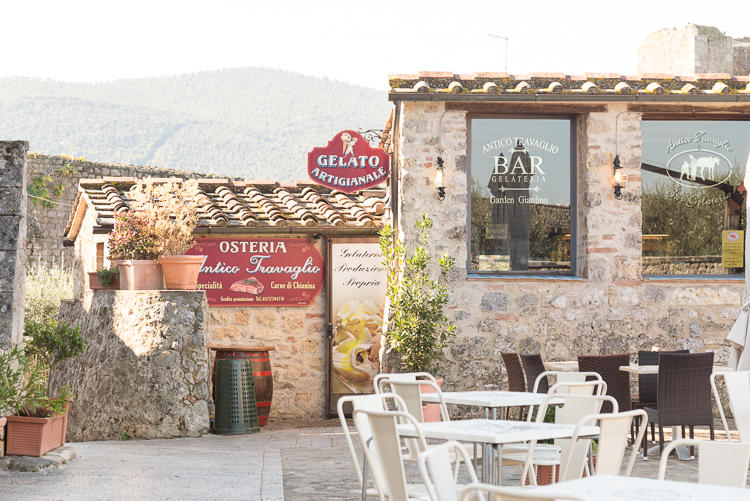 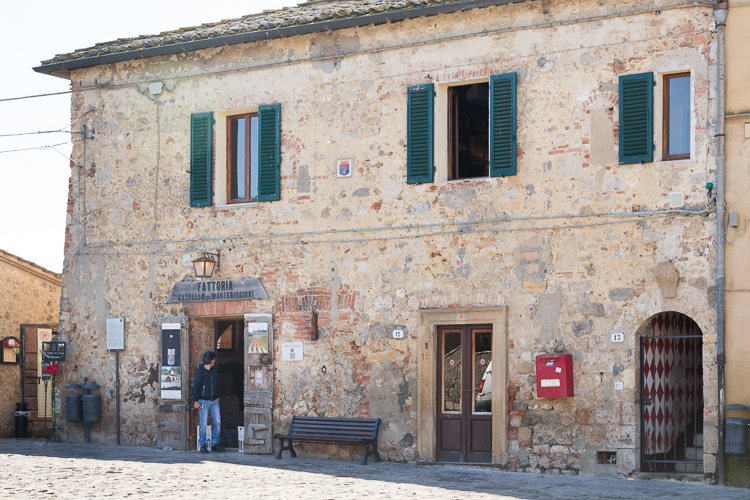 The most charming destination of the day was the incredibly-preserved medieval town of San Gimignano. Being perched so high up, it was my first opportunity to see the famous rolling hills of Tuscany. Friends on our tour agreed that San Gimignano fulfilled everything we had hoped to see in Tuscany and everyone wished we could have spent more time here. Everything about the town is picturesque and unspoiled; the village rich with old Italian architecture, high on a hill providing expansive views of the surrounding hills and vineyards. Learn more about San Gimignano here. 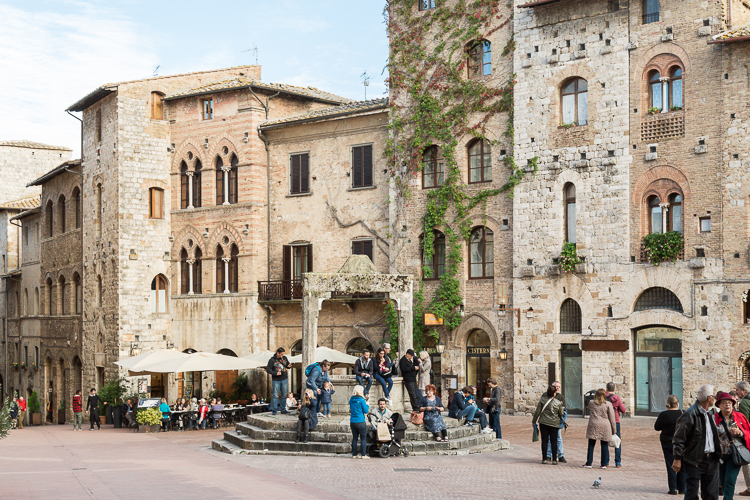 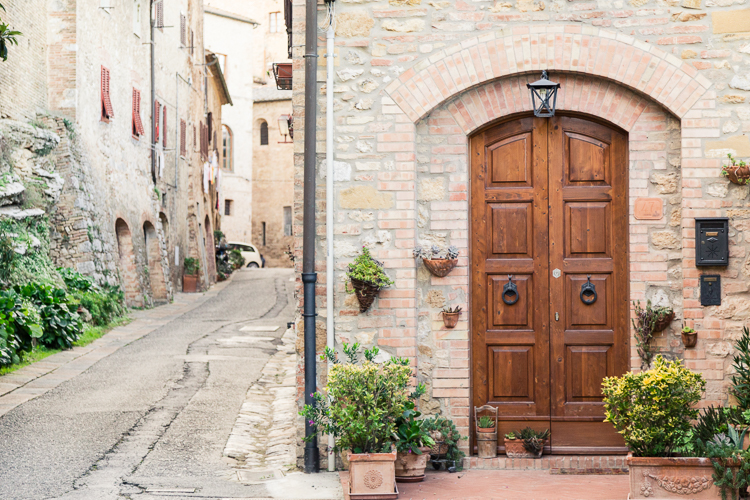 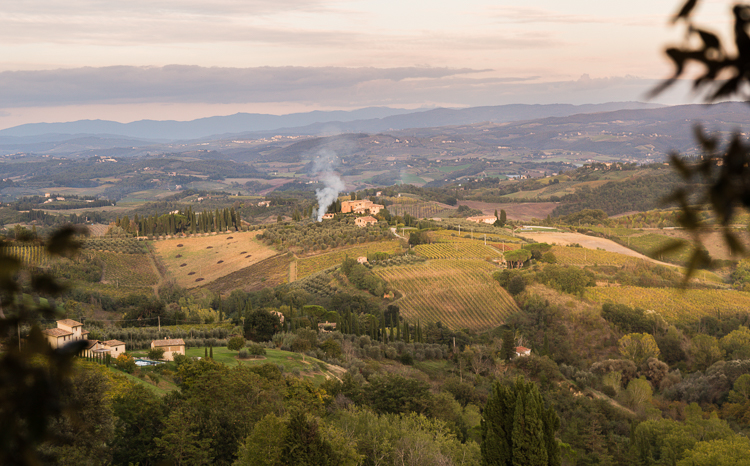 With such a beautiful sunset, I now understand the special light here which I had always thought was photoshopped.

As the capital of this province and also a UNESCO World Heritage Site, Siena draws thousands of people to see it’s historic piazzas, churches and museums. Visitors would greatly benefit from staying overnight in order to have a more authentic experience after day-trippers are gone. Our tour guide, expert in Siena’s history, walked us through some main streets and escorted us with ‘skip the line’ passes through the famous Siena Cathedral. The cathedral, an example of ancient Gothic architecture from 1263, for me was the highlight of this city. In the 14th century additional construction of the church began to ensure that it dwarfed even St. Peter’s in Rome—it was left incomplete because the Black Death had plagued most of their population. It was surreal listening to this story from someone whose ancestor’s lived it… We learned that black and white are the symbolic colors of Siena and I became amazed by the patterns and colors, both inside and out. It didn’t end there though, as the inlaid marble mosaic floor is one of the most ornate in Italy and some of the art pieces on display were created by Donatello, Bernini and Michaelangelo. Learn more about Siena here. 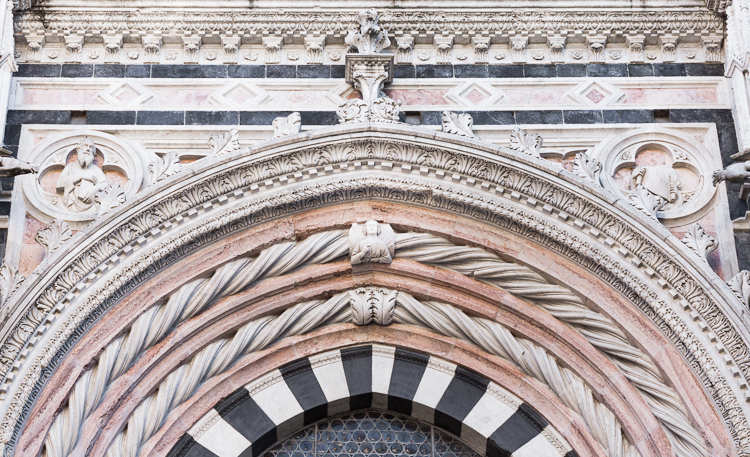 The alternating red and white marble on the church’s facade. 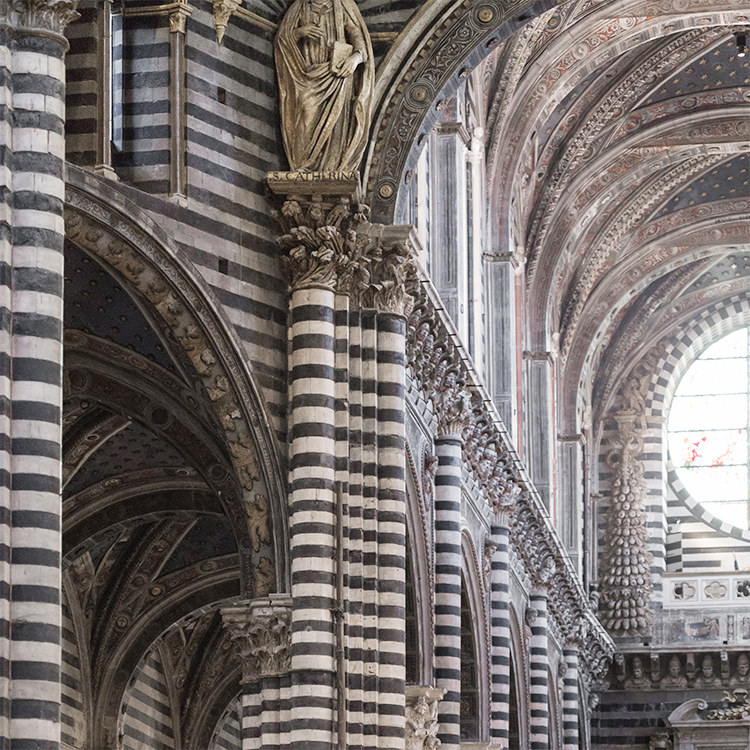 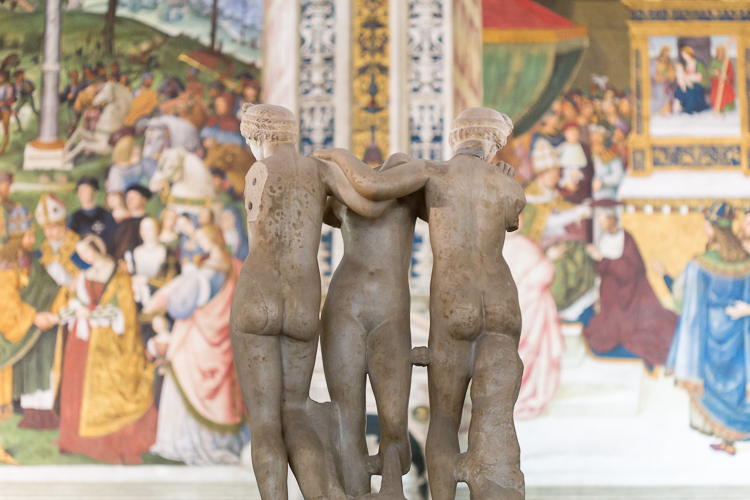 An olive oil and wine tasting at the Lornano Winery (Chianti Classico) was a treat for many people who then lined up to place orders for wine to be shipped back home. For myself however, it was a chance to sit among their olive grove as the sun shined through the leaves. Poking around to smell every rose, I bonded with a couple of vineyard kitty cats who seem to have mastered the art of nap time. The Lornano family also welcomes visitors to their rental accommodations in four different farm houses on the property, each with their own gardens and entrances; that I can see being a great base for a week of Tuscan explorations. 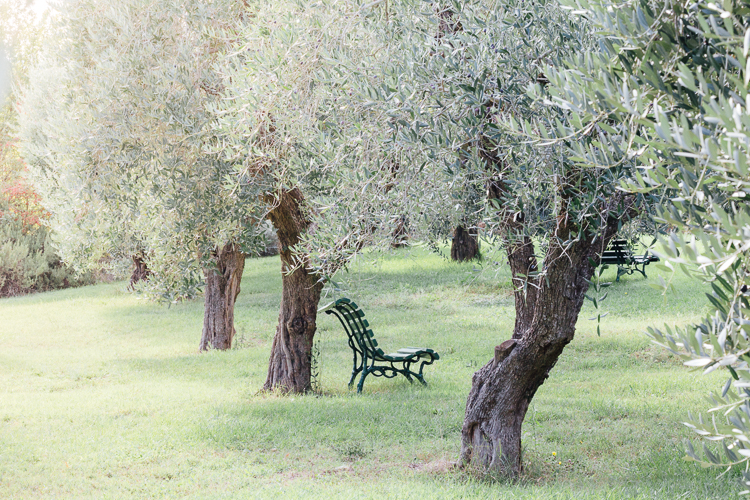 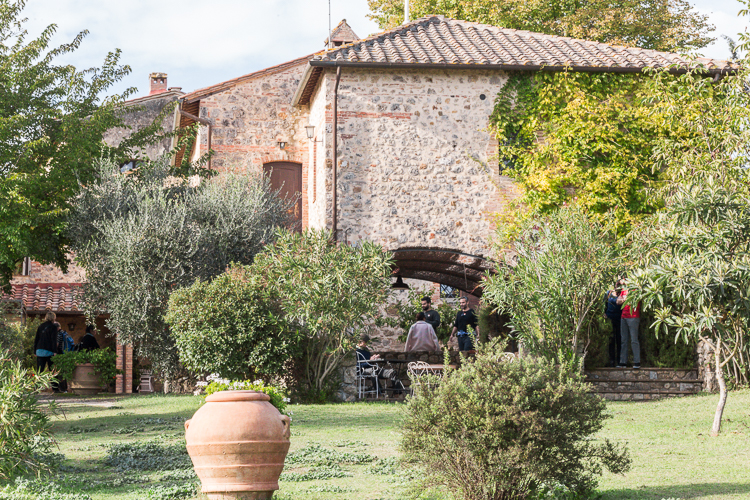 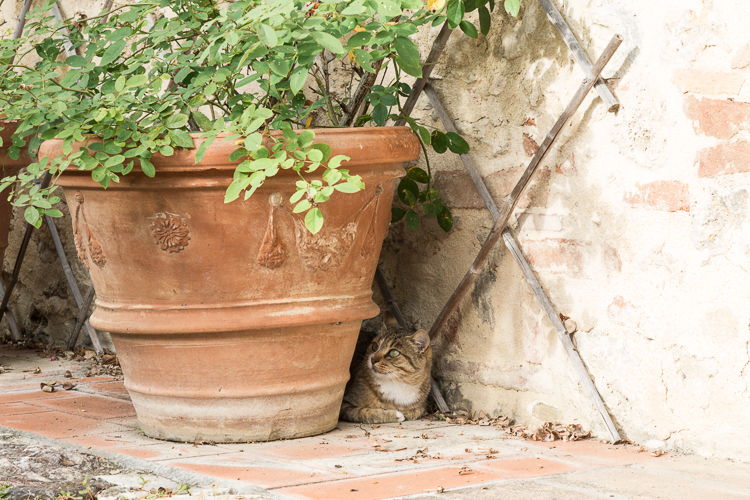 Visit their website to browse the many tours offered in and around Florence: CiaoFlorence! Tours.

As always, thank you so much for reading!

Sailing the Island of Capri, Italy

Don’t Stress When Planning Tuscany
Hello travelers! Do you love to wander with your camera? Me too. Subscribe for great travel experiences and places to photograph.